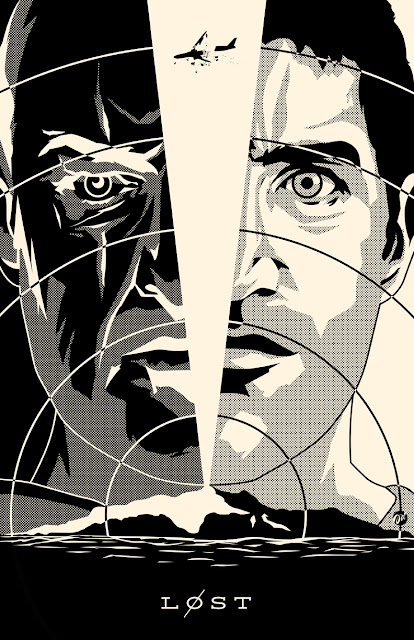 By: Jayson Weidel
Posted by PLANET-PULP at 11/22/2011
Email ThisBlogThis!Share to TwitterShare to FacebookShare to Pinterest

Is this available for purchase anywhere?

Yea, because it actually required a brain to comprehend. Loved the ending.

best. writing. ever.
The ending was perfection.

After that ending, would only use this on the dart board.

It's interesting that so many people seem to define the show by its ending. Regardless of how you feel about how it all came together, you still had 6 seasons worth of stuff that you (presumably) enjoyed. Anyway, neat poster!

I dont get how people think the show was bad because the hated the ending. The only reason you could hate the ending is if you loved the show. I'll say that again LOVED THE SHOW . I loved the ending as it gave me what I wanted. Closure for the characters. I couldn't give a damn about answers. Part of the fun was not knowing things and just thinking about the mysteries. If i knew the answers well then I would just know the answers. They could never have come up with anything satisfying enough anyway so why would they bother? "LOST" was a bloody amazing show and will probably remain my favourite show until I die.

I agree with Anonymous.

I concur with you Dressler

Touche, Anonymous...Till death us do part! Or reunite, as the case may be...

Amazing how it has become almost trendy to hate the ending of Lost. I think that says more about the critics than the show.

I will forever be grateful to the writers for giving me the chance to see the characters I loved finally whole in mind and body before they left this existence. It was the ultimate happy ending.

yes...you must be stupid to not like the ending....that makes a lot of sense...

everyone who supposedly loved it is simply in denial that they LOST that much time waiting for answers that would never come...the writers played all of us like they knew where they were going, but they didn't. they made it up as they went along. it's not stupid, it's not trendy, it's reality...

To the above poster:

People that loved the ending loved it because they felt satisfied with it, not because they can't admit to themselves they wasted their time.

Lost was always about the questions, never about the answers. If you watched a show you clearly didn't enjoy just to find out some arbitrary "answers" to questions that are largely irrelevant anyway, I think that makes you a moron.

I loved the ending. Also, because it delivered answers. There were a lot of casual viewers who said "durrr, the show didn't give any answers" and it is still a "valid" point in these discussions.

I beg to differ. If you say they didn't give answers - make it more specific. What did they not answer? Perhaps you are just an ignorant twat and people will actually help you find the answer.

it was all explained. perfect show.

clearly you guys are right...it's always good to just verbally attack someone, that usually makes you even more right, LOL!!!!

they only didn't answer a few questions...namely the ones found here: http://www.youtube.com/watch?v=luXl7AnGpKw

Thanks Brett, I appreciate it!

Show was great. Ending was a standard copout: lack of understanding of religion, throwing all of them together into a quasi-spiritual event that obeys none of the tenets of any of the religions depicted (see: Stained glass window ending).

I don't think show's objective was to be "religious". It was a spiritual show from day one. It presented its own interpretations of religious tenets. Obviously standard ideas of the afterlife, redemption, and reincarnation don't also require a magical island.

The fact that it doesn't obey religious tenets to a tee is preferable I think, because then it really does become a religious show. It is no longer open to interpretation. It's the televised version of the bible, the Qur'an, or whatever religious text you choose. Lost's ending says "here are these ideas that intersect with various religions. None of them is more right than the other, this is what we are presenting it as." I don't see how being diplomatic also equals copping out.

best show ever
worst ending ever

Loved the show except for a portion of season 2 and LOVED the ending. Fantastic piece Jayson!

I am actually not a fan of LOST, but I AM a fan of this poster. Beautiful design and execution. I'm a sucker for black and white (or in this case, black and cream), and I LOVE how you used the half tone pattern.

Not having seen the show, I'm not sure what this comments on, but it has a really eerie, 1950s sci-fi feel to it.

NICE. I would buy and hang in a minute

Intergalactic Info: Who we are.

PLANET-PULP
Welcome to PLANET-PULP.COM We are an Intergalactic Online gallery on a mission to orbit a pulp-culture theme every 30 days. Here you will discover a collection of talented rogues bound together by sheer awesomeness, illustrating and designing monthly themes as we celebrate our shared love of Pulp Culture! 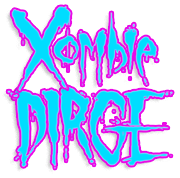 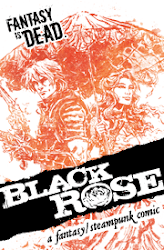